What are the skins?

To change skins, please tap on the object that you wish to customize and then tap on the icon in the upper left corner of the window. Choose the skins you want to use and tap the “Use” button.

Skins make the objects look different, but they do not influence their general functionality (they do not increase the speed, do not reduce the arrival time etc.)

Some skins have two stages. Each of them is a separate reward, but the second one can be used only after you unlock the first one. For example, the first stage of the skins will make your helicopter look like a flying saucer while the second one will add a turbo mode to make your flying saucer leave a flickering vapour trail. After receiving the second stage you won’t be able to go back to the first one as the upgraded stage will be applied automatically.

The skins remain in your game even after the season is over. If you didn’t reach the necessary number of points and didn’t win the skins, you won’t be able to receive them in the next seasons. More new skins are yet to come in the next versions of the game! 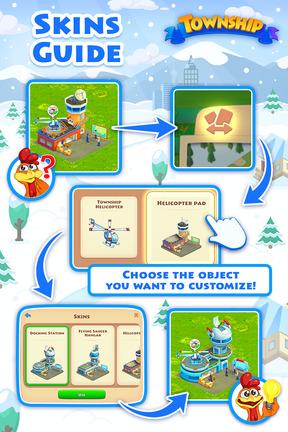